MGs’ Z Series Magnette, properly referred to as the “1-1/2 Litre Saloon” was many things – the last of the Abingdon designed Saloon cars, BMC’s first unibody production car, MG’s first post war designed Saloon car, the first production appearance of the BMC “B” Series engine, a family car for the sporting driver and a damn nice bit of kit…

Designed by Gerald Palmer, the Magnette was intended to satisfy and entertain the motorist who’s family had grown just a wee bit too much to continue to fit in small jump seats in the back of two seaters, yet who still craved the spirited run over country lanes and the occasional dice with like minded enthusiastic motorists.

From the Magnettes debut at the 1953 London Motor Show until the end of its’ production in 1958, Palmer’s creation gathered many friends and impressed a great number of people. They were very comfortable and considered to be very posh, very nimble and quite fast against the competitor’s offerings of the day. In all 36,601 were made.

Now, with around a thousand of these cars still known to the Magnette Register of the MG Car Club, the Z Series Magnette is once again gathering friends and building a devoted and enthusiastic following.

Safety Fast! and, In Air-smoothed Style! 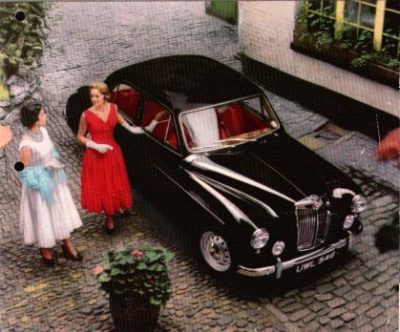 “Z” Magnette Help is the place to find obscure technical information and photo tutorials to help you keep your MG Magnette ZA, ZB or Varitone on the road.